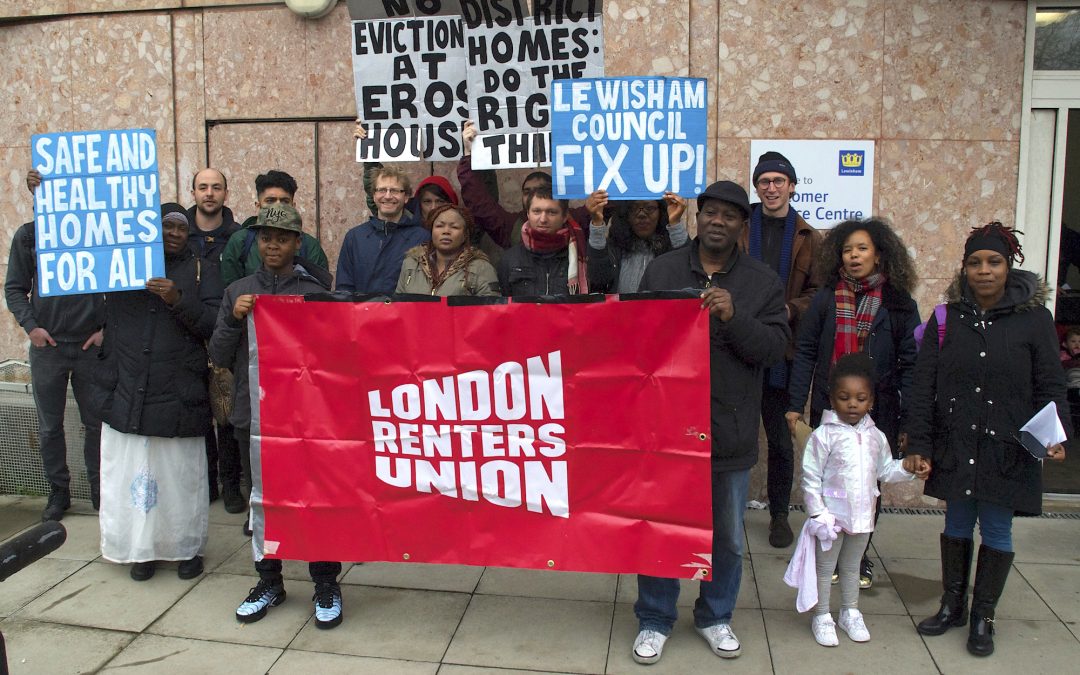 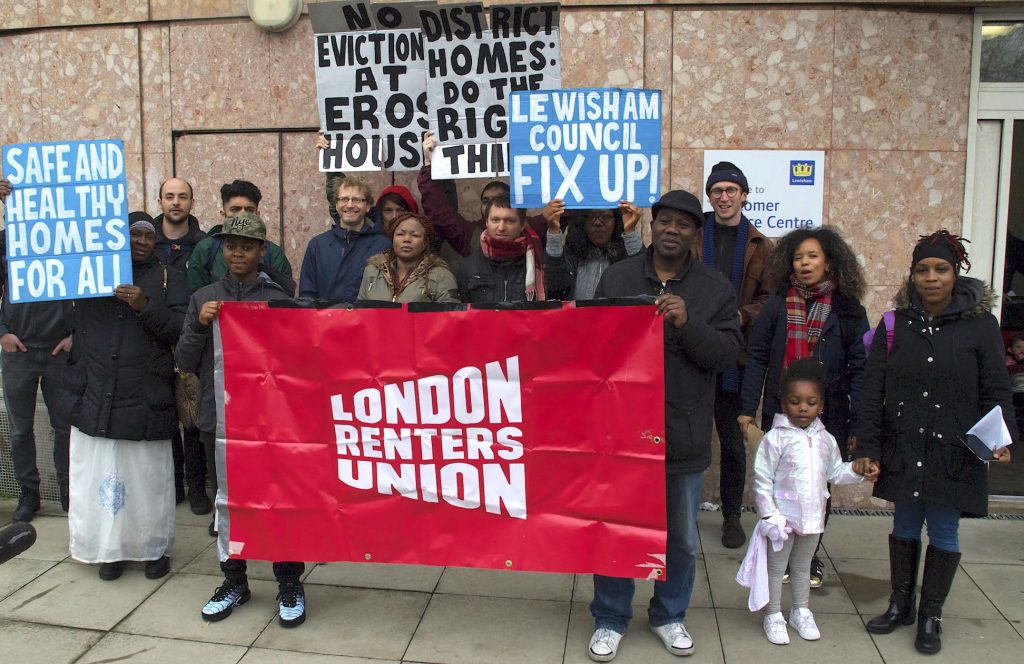 Members of the new London Renters Union took action today to demand urgent safety repairs and an end to evictions at the Lewisham tower block they live in.

Residents of the Eros House flats in Catford delivered a letter to Lewisham Council and Acorn Properties promising to “go further and pursue other avenues” if their demands are not met.

Some parents are staying away from Eros House out of concern about the health impact of conditions on their children.

Many residents were unable to heat their flats during recent sub-zero temperatures.

A group of 20 residents and supporters handed in the letter at Lewisham Council, where they handed in a letter addressed to Genevieve Macklin, Head of Housing at the council. They then headed to the Rushey Green offices of Acorn Properties, one of several private companies involved in the running of Eros House to land in a copy of the letter addressed to Acorn CEO Robert Sargent.

The letter detailed the impact of the appalling conditions at Eros House:

“The standards and quality of life living at Eros House has not only caused medical health risks for many residents, including children, but is also having a psychological impact, as the poor standards the residents have to come home to are quite frankly depressing and anxiety-inducing.”

“We hope this letter leads to fundamental change…please let the recent disaster of the Grenfell Tower remain in your thoughts, including the fundamental lesson, that it could have all have been prevented.”

Residents have been organising together as part of the London Renters Union, a new community union set up by housing activists from Lewisham and across London.

The residents decided to take action after requests for urgent repairs were ignored by Lewisham Council and by Acorn and District Homes, two property management companies involved at Eros House.

There are 60 flats at Eros House, most of which are occupied by people placed in temporary accommodation by Lewisham council and other councils including Wandsworth and Croydon.

Lewisham Council and other councils rent out flats at Eros House through District Homes as temporary accommodation, while some residents rent privately through Acorn. The block is owned by a Catford Holdings Limited, a private company registered on the Isle of Wight.

At least 5 Eros House residents who rent their flat privately through Acorn Properties have been served eviction notices. It is understood they are being evicted so that District Homes can rent the flats out as temporary accommodation to councils.

London Renters Union members in the block are calling for the evictions to be called off and for Lewisham council to take responsibility for conditions in the block, given that most residents are council tenants.

The change of use of the flats to temporary accommodation has involved making the flats smaller and converting 2 bedroom flats into 3 bedroom flats, leading to overcrowding.

Who’s who at Eros House

One of the key issues facing residents at Eros House is that there’s a complex web of different bodies involved.

District Homes – contracted to rent homes out to councils as temporary accommodation and manage some of the flats.

Landslide Property Management – property company that is taking over management of some parts of the tower.