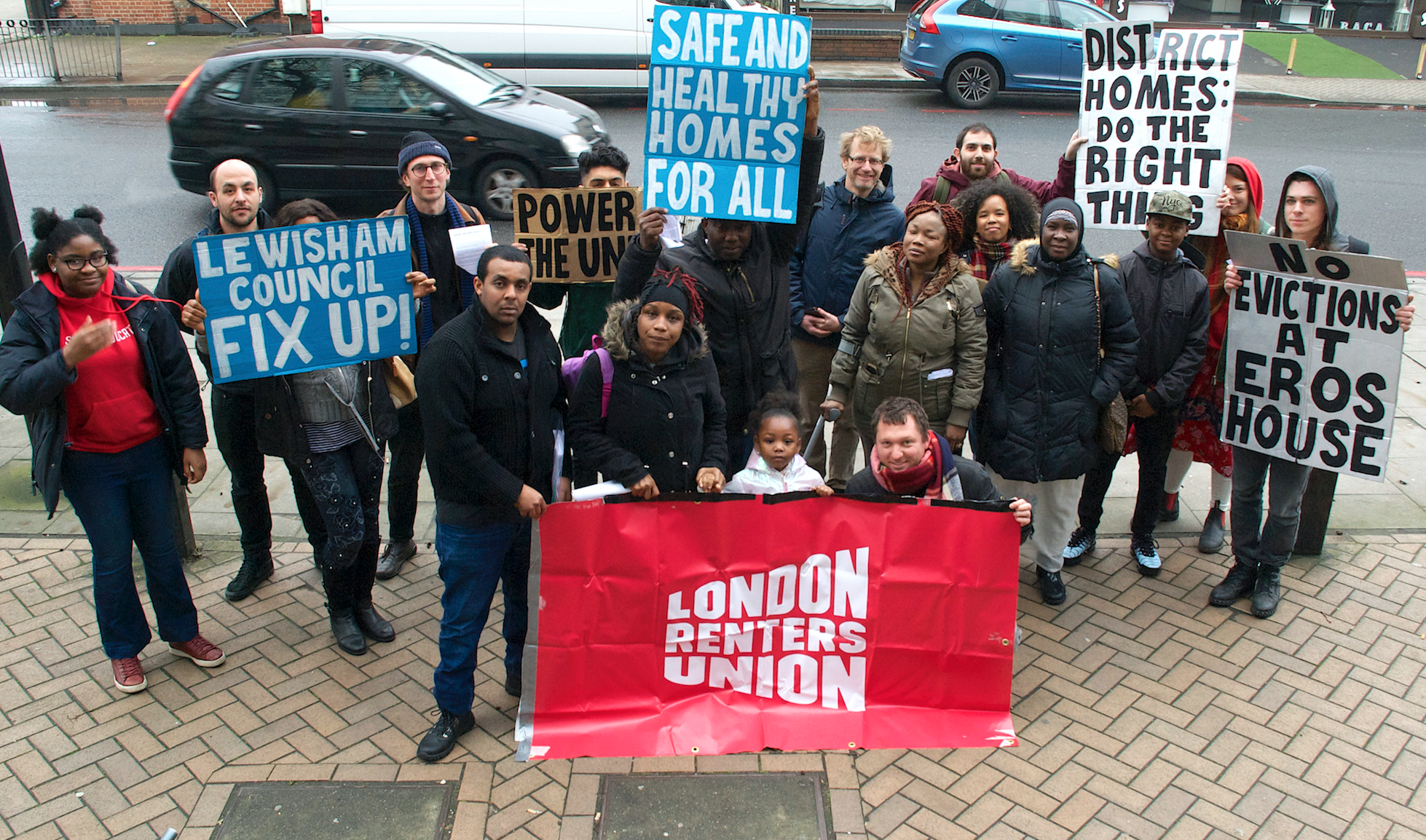 Three weeks ago a group of London Renters Union members living in Eros House, Catford, delivered letters to District Homes and Lewisham Council demanding immediate action in response to unacceptable and dangerous levels of disrepair in their homes, including severe leaks, damp and mould, no running water, and broken lifts.

Because of this collective action, District Homes and the council have promised to carry out inspections and visit residents individually to discuss what repair work needs to be done.

But this isn’t good enough. Since the action residents who have contacted District Homes with urgent repairs have often had no response. We understand that some of the work will take time, but a number of the repairs are urgent, they mean the flats are unsafe and not fit to live in, and they must be dealt with immediately.

In their response to the letter, Lewisham Council said that they are ‘generally […] impressed with the ongoing investment and regeneration of the block’. This is very worrying! It suggests the council and District Homes are not committed to carrying out the substantial repair work that is required. Painting over some mould won’t be enough. We will be keeping the pressure up on District Homes and Lewisham Council until they commit to making the block safe and suitable to live in.

Sign up for updates and we'll send you information about meetings, events and actions in your area.

By filling out the form above, you are giving us permission to send you emails and store your information as described in our privacy policy.