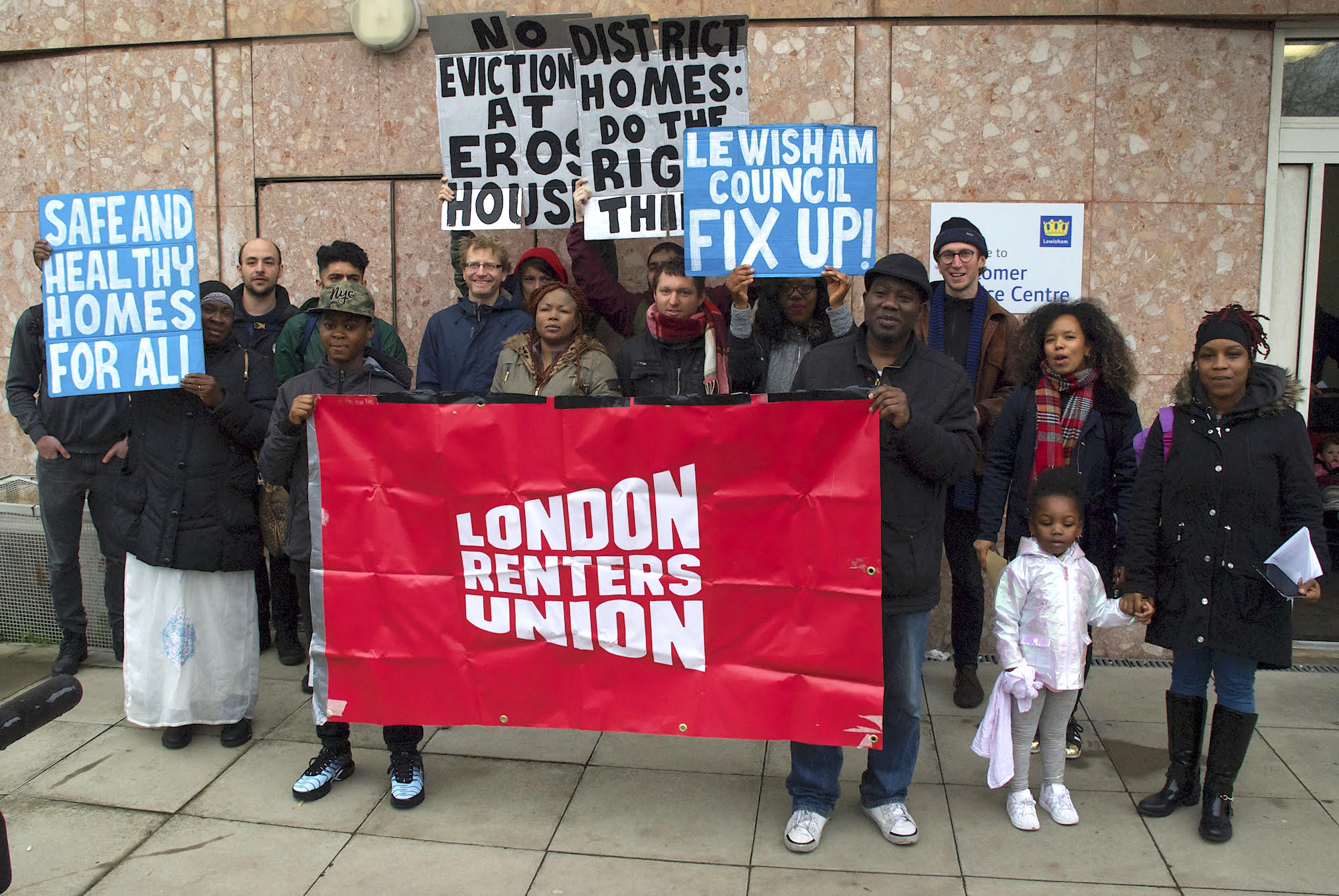 It’s been a hectic but inspiring few weeks for the London Renters Union.

We’ve helped traders at the iconic Ridley Road market organise and successfully stop their eviction from the market. Repairs have been made to the home of one of our Newham members after we took action at their estate agent.

Last night, more than 70 people gathered to talk about the #endSection21 campaign we’re a part of.

Next week we’re mobilising to support our members living in Eros House. Please join us if you can!

This Tuesday morning, join residents of Eros House in Lewisham to demand decent, safe conditions in the block!

Residents of the block in Catford face appalling conditions, including inadequate heating, poor security, disrepair, and chronic damp and mould. These issues are the result of serious underinvestment in the building. Many of those living in the block have been placed there in temporary accommodation by Lewisham Council.

Lewisham Council and District Homes (who manage the block) have consistently refused to accept that there are structural issues with the block, despite the evidence presented to them by residents and other members of the London Renters Union.

Meanwhile, the private landlord who owns Eros House is getting rich off of other people’s misery.

With the weather getting colder, residents are finding that the building’s electric heaters don’t work properly, and in some cases even pose a safety risk. This, plus sky-high electricity bills, are preventing people from turning the heating on at all.

Residents protested about conditions in April and some basic repairs were made, but many basic safety issues remain.

Join this protest and make sure Eros House residents won’t be ignored any more!