Winning urgent repairs to our homes in Newham 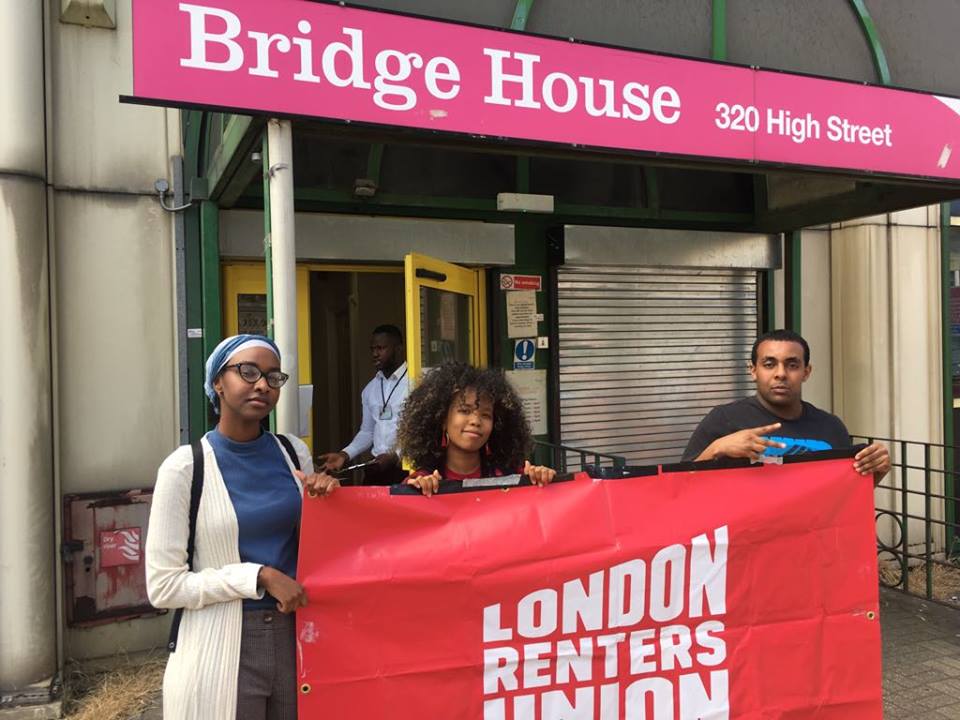 London Renters Union members in east London have won much-needed repairs to their homes after taking collective action through the union. We protested at an estate agent in Newham to get a leak and pest infestation dealt with. And council tenants in Plaistow Road have finally been assigned a housing officer after banding together to pressure the council.

Our member M lives with his teenage daughter in a cramped one-bedroom flat, where he’s faced rat and cockroach infestations, and a serious problem with leaks. M’s estate agent had ignored several requests over a period of months to deal with the problems in his flat.

M became a member of our Newham & Leytonstone branch a couple of months ago. It became clear to everyone that the official channels weren’t working, so we decided to take action as a branch to put pressure on the estate agent.

About eight of us went to visit their office. Some of us held a banner and leafleted passers-by, while M and others went inside to speak to the manager and deliver a letter. We explained that we knew our legal rights and that we weren’t going to accept M being ignored any longer.

This public pressure on the estate agent worked. They quickly arranged for urgent repairs to be made. Within a week, the leak had been addressed and a pest control worker had visited the property to start addressing the infestations.

We’ve also had an important success with members who live on a council estate on Plaistow Road. We’re mainly a union for private renters, but we’re really happy to organise with council tenants whenever we can.

As with M’s privately rented flat, council residents on Plaistow Road had been ignored for months and in some cases years when they tried to raise complaints about serious disrepair. It was impossible to get the council to listen or visit the properties. Residents felt abandoned.

Some Plaistow Road residents came along to a branch meeting. Together we decided to start door knocking and collecting information about the problems on the estate. We went together to council offices to hand in a letter signed by different residents that outlines the serious mistreatment the council tenants have been facing. We posted photos and our demands on Facebook.

Again, this public pressure worked. Soon we were having meetings with senior managers in the council. Plaistow Road residents were assigned a proper housing officer for the first time in years. Workers have started visiting the flats to make repairs.

London Renters Union now has around 200 members in our Newham & Leytonstone branch, which launched at beginning of this year. As we speak to renters, the same problems keep coming up: rent is too high, homes are in disrepair, the possibility of eviction is a constant threat.

As London Renters Union continues to grow, we hope to take action to improve the lives of renters in London. But we also know that we need to make big changes to the housing system as a whole.

Get involved with the union today! Join as a member and you’ll be joining a community of renters who are working to transform the housing system through collective action.