Mary’s battle against DSS discrimination: the story so far 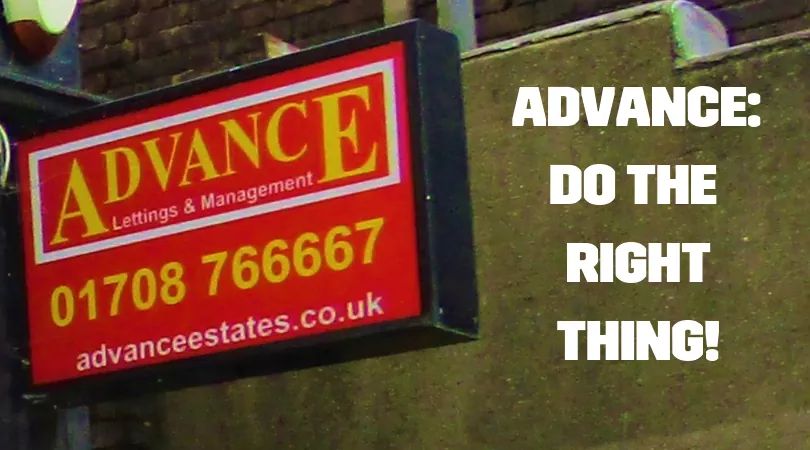 London Renters Union have been campaigning to support one of our members, Mary, who was left in thousands of pounds of debt by Advance Estates – a letting agent in Romford. We all need to get involved to make sure Mary gets justice! 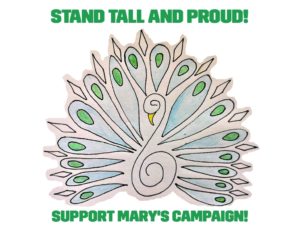 Mary joined LRU at an outreach event we ran in Stratford last summer.  She lives alone in Wickford, Essex, but wanted to move to Romford so she could be nearer to her twin sister, who is her last remaining family.  This was especially important to her given that Mary suffers with anxiety and depression.

Being on housing benefit, there were very few options to choose from, with most agents explicitly refusing to rent to ‘DSS’ renters.  She approached Advance Estates in Romford, who advertised a property available to DSS renters on a long-term contract. They had also been her letting agent over a ten year period in the past, so Mary was hopeful that she had found somewhere promising.

However, as Mary started to look in to the property, the situation changed. When it came to guarantor check, Mary was unable to find someone “suitable” (in effect, someone who earns over £28,800 annually) which Mary was hard pressed to find.  As a result, Advance insisted that Mary must pay 6 months rent up-front, in order to secure the house. This amounted to a lump sum of £4,800.

Advance claim that this is their “standard business practice” for people on housing benefit, which seems ridiculous as they know housing benefit is paid Monthly by the Government, and can’t be claimed up-front.

Mary was desperate to take the property, and borrowed the money from various friends and family, leaving her in £4,800 of debt.  Advance took this money from Mary on 26th March 2018, before she had even seen a tenancy agreement. On top of this, they took an £800 deposit, to add to £570 in agency fees which Mary had paid in February – a staggering total of £6,170.

Three days later, Mary was eventually shown the tenancy agreement. She was told that if she did not sign, she would not only lose the property, but also the £800 deposit she had already paid.

Over a marathon four-hour meeting in Advance’s offices and at the property, Mary feels that she was pressured and bullied into signing the agreement, despite being in clear distress, and even suffering a panic attack in the process during the 29th March meeting.

Mary’s friend Rodney, who accompanied her to the meeting, said that Advance used a range of manipulative tactics, to “put pressure on her to sign.”

He also said that “Mary was told by one of Advance’s employees “I’m going on a holiday, I’ve got a plane to catch. You’ve got 15 minutes to sign this tenancy agreement.”

After signing, it became clear that Mary would be evicted after six months – using a no-fault  ‘Section 21’ eviction – unless she could fork over another six months’ up-front, in six months’ time. Again, Advance admit this is their standard practice.

Mary has tried to get the money back from Advance Estates, but with no success. On 13th April 2018, she visited their offices with her friend Kevin, and made them aware that she did not want to live in the flat, but they refused to pay her back money.

Kevin said: “Mary took flowers to the office as a gesture of goodwill towards Advance, however she was clear with them that she had not moved in to the flat,” and that “she was looking to get back some or all of her money.”

“Mary was told point blank by the manager Carol that she wouldn’t be getting any of her money back. On top of that, Carol said she wouldn’t even pay Mary back her deposit. She said Mary would ‘lose the lot’.”

Since then Advance has repeatedly refused to pay back Mary any of her money.

Mary’s story matters to all renters

This case is about more than just Mary.  It shows the ways that the housing system is stacked against ordinary renters and in favour of landlords and letting agents.

Mary was threatened with a no-fault or ‘Section 21’ eviction if she could not pay six months rent in a lump sum at the end of the first six months.  Landlords can use this as a weapon to turf out tenants without giving a reason, and Section 21 is the leading cause of homelessness in England.

Most agents refuse to take on tenants who claim housing benefit, so Mary had little choice but to accept Advance’s unfair and exploitative terms.  This kind of discrimination against DSS renters must end.

This ordeal has also worsened Mary’s anxiety and depression.  For so many renters, lack of security and high rents cause added stress which seriously affects our well-being.

Since Mary got in touch with us, we’ve been supporting her to try and get her money back from Advance. This has included handing in a letter to Advance and negotiating with them over email; running pickets and a phone blockade of their offices; and lobbying Mary’s MP to put pressure on Advance to do the right thing.

Advance have continued to refuse any responsibility for their actions, or to pay back any of the money.  Which is why we are stepping up our public campaign with a big action on the 22nd of March – Join us if you can!