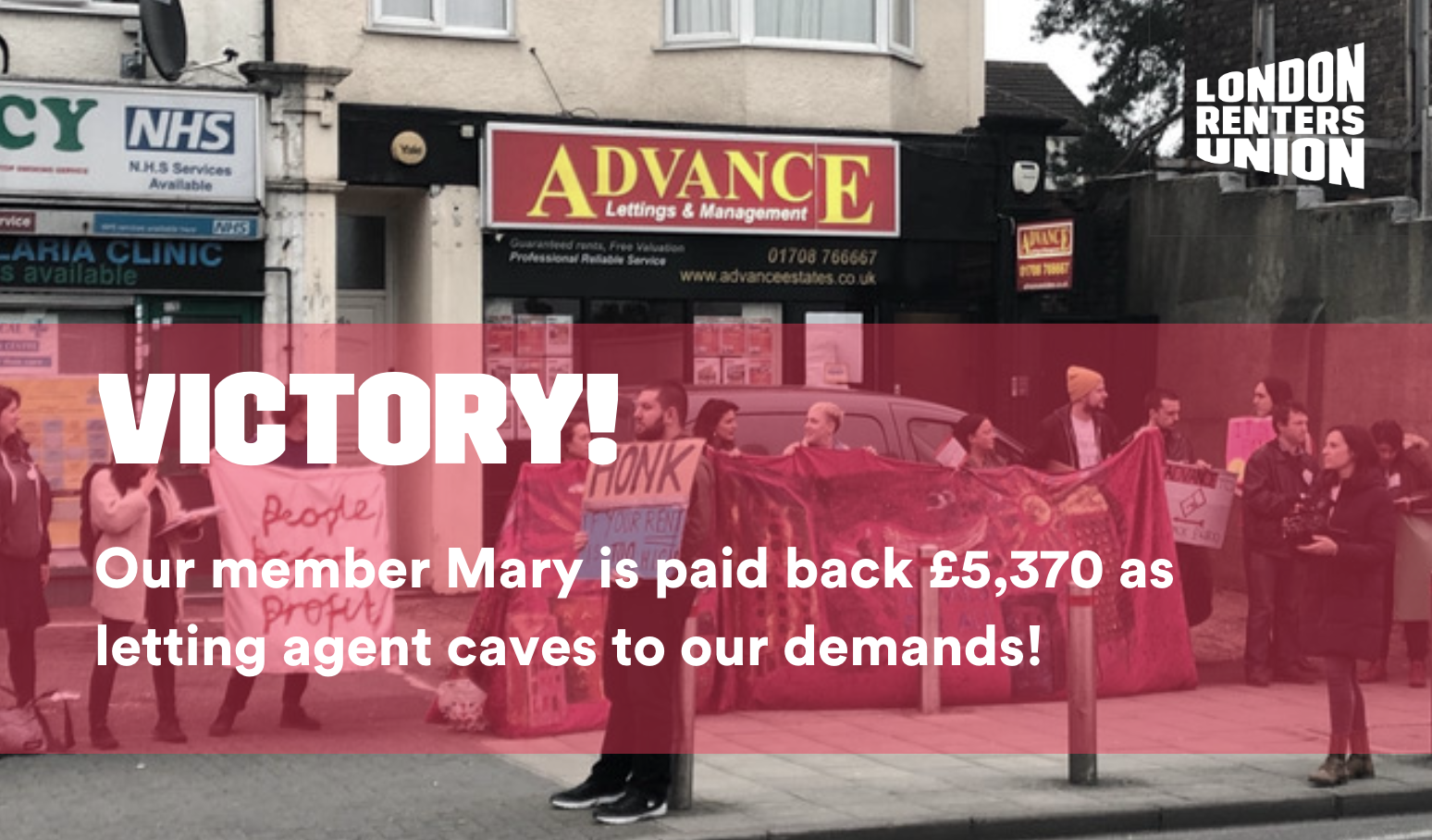 Following the amazing news about the government proposals to ban Section 21 evictions, a great result for everyone campaigning around the issue, we have another piece of beautiful news to share.

You’ve probably read about, and possibly been part of, our long fight supporting our member Mary.

A claimant of housing benefit, Mary was intimidated by the agency into paying six months’ rent in advance – a terrifying £4,800 – to secure a rental contract.

After borrowing the money and making this payment, she was then told by the agency that they expected her to handover another £4,800 in advance rent in six months’ time.

Having been misled and fearing the eviction that would have been inevitable, Mary went to Advance Estates and said that she was not able to move into the property.

Unbelievably, the estate agents told her that they would not give back a penny of the £4,800 rent that she had paid in advance…

To add insult to injury, it appeared that while justice was so clearly on Mary’s side, the law was behind Advance Estates: they could legally keep all of Mary’s money…

Well, after almost a year of determined, creative campaigning by Mary and the London Renters Union and following recent negotiations with union representatives, Advance Estates finally caved in…

In a very short email sent to the union late on the afternoon of Friday 19 April, the agency stated that they were ready to pay back… wait for it… the whole £4,800 they had taken from Mary… and the £570 agency fees (which we didn’t even demand!).

Advance paid the money to Mary’s bank account within a few hours, leaving Mary and the members around her with a massive sense of elation, relief and pride. This was such a big win after a long and challenging fight!

Mary’s campaign had included pickets and protests outside the offices of Advance Estates; a sustained picket of their phonelines; media and social media work; and leafleting and postering around the local area, as well as around the properties the agency was advertising.

The situation Mary was forced into was a sickening example of everything wrong with the housing system and everything the union is fighting against.

Mary’s stunning victory shows us that with collective action we can fight to protect ourselves from the people that exploit us, and we can win even when the law isn’t on our side.

There is power in a renters union.

Stand tall and proud, and come and get involved!