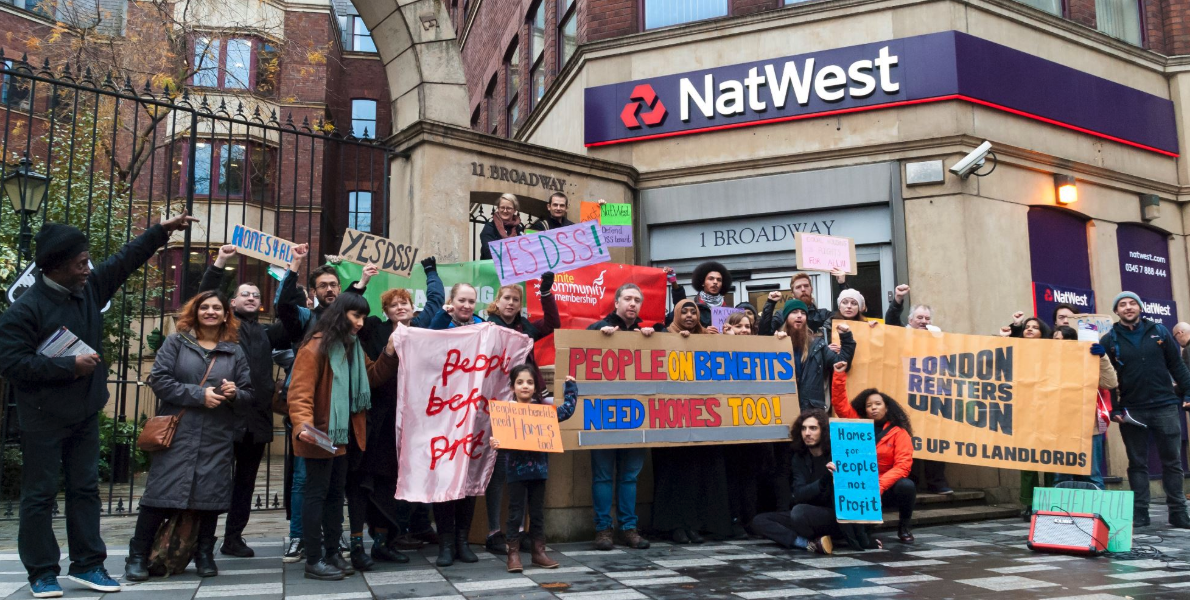 It’s been a year since the London Renters Union launched as a fighting union that stands up to landlords and estate agents and campaigns to radically transform the housing system.

It’s still very early days in the life of the union. We’re still learning and developing how we want to organise but we’re pretty proud of all that we’ve achieved in our first full year.

Section 21 is the piece of law that makes it so easy for landlords to evict renters and makes renting so insecure. The law is one of the reasons we set the union up and many of us have been fighting against it for years. So we were absolutely over the moon when we found out the government were announcing plans to scrap Section 21.

Together as a union we took part in protests, helped the campaign petition reach 50,000 signatures, helped get a motion passed at Labour branches and at Labour conference, and successfully pushed local councils to support the campaign.

Now we’re fighting to make sure Section 21 is immediately suspended until the law is fully abolished.

Mary, who receives housing benefit, was intimidated by an estate agent into paying six months’ rent in advance – a terrifying £5,000 – to secure a rental contract.

After borrowing the money and making this payment, she was then told by the agency that she would need to handover another £4,800 rent in advance in six months’ time.

When Mary said that she wouldn’t be able to move in on that basis, the estate agents unbelievably told her that they would not give back a penny of the £5,000 that she had paid in advance.

After almost a year of determined, creative campaigning and protests by Mary and the London Renters Union, Advance Estates finally caved in and paid Mary back in full.

3. Supporting each other with our housing problems

Our member solidarity organising is all about renters supporting each other to stand up to landlords, estate agents and councils

More than 50 of our members have organised with the union to improve their housing situation, whether that be to get a vital repair made, win a rent reduction,  to stay in their home or to get placed in more suitable accommodation by the council.

Through having so many wins we are building our power as a union. More often than not, knowing a bit about the law and sending demands from the union by email gets the changes we need. Landlords are starting to get scared to see London Renters Union in their inbox!

4. Taking action against  landlords and winning! 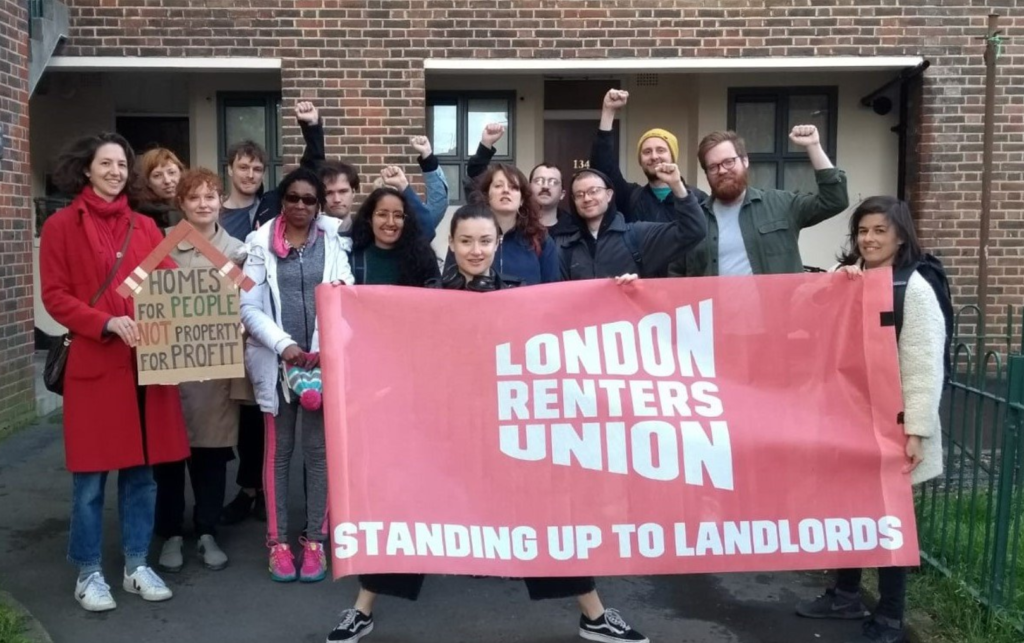 When we need to, we take stronger action to demand change:

Many of our members face terrible discrimination by estate agents and landlords who refuse to rent houses to people who receive benefits.

Back in November, we joined up with ACORN as part of a UK day of action to demand that  NatWest drop a clause in its mortgages that prevents landlords from renting to beneficiaries.

As a result of the collective action, NatWest announced it would drop the clause and stop supporting benefit discrimination.

6. Supporting Ridley Road traders to get organised and stop their eviction 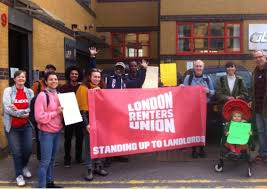 When the traders at the iconic indoor market on Ridley Road in Dalston heard that they were facing eviction, theHackney branch helped them to fight it.

As part of the Hackney community, we got the evictions cancelled.

7. Campaigning with Peter and Margrate to get them home! 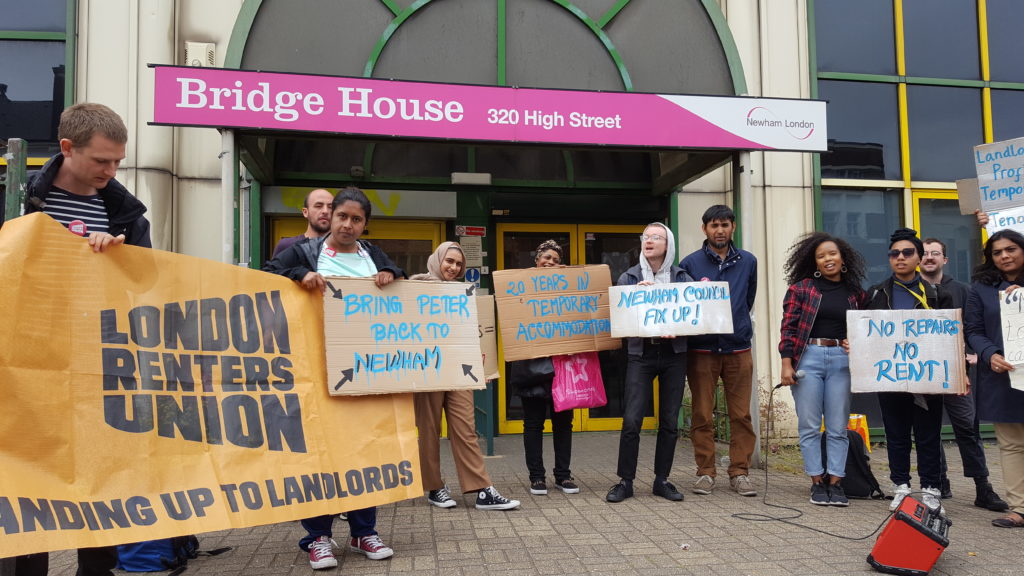 After they got in to rent arrears, Newham council placed Margrate, her 14 year old son Peter and young baby in an incredibly mouldy, unsafe house in Bradford, hundreds of miles away from their community.

Campaigning alongside the incredible family and their support network, our Newham & Leytonstone branch organised a public protest and helped keep the pressure up until the family were rehoused in Newham.

We’re so happy that Peter and Margrate are back in Newham where they belong! 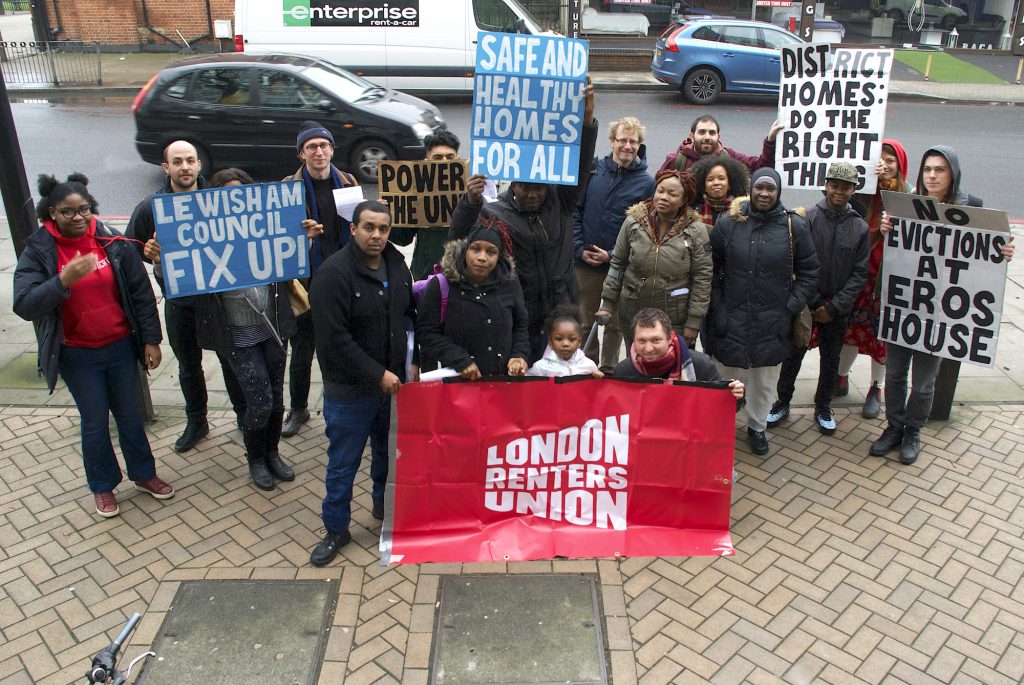 There’s still a long way to go, but our organising and protests got big commitments out of the mayor and pushed the council to make sure the most urgent repairs have now been started.

We’re building a beautiful, radical community of renters that looks out for each other, eats and hangs out together and speaks with a united voice.

10. Our first all member assembly

Over 100 LRU members made it out to our first all member assembly, a wonderful day of celebration and making plans. Read more here.

11. Making a splash in the media

Add your voice to the movement for homes for people not profit. Join today.

END_OF_DOCUMENT_TOKEN_TO_BE_REPLACED

When: Monday 28 November, 6-8:30pm Where: Common room, second floor, Pelican House, 144 Cambridge Heath Road, E1 5QJ This training is for all active LRU member, and especially those who want to get involved in member solidarity. We will cover the basics of peer...